The aide assumed a solemn expression as he spoke.

“Your Highness, Crown Prince, Marquis of DeLing sent an official letter of complaint.”

Kwiz clicked his tongue and skimmed through the document handed to him. In conclusion, the long letter of complaint that went on and on for pages was requesting permission to punish the Knight Krotin who insulted the honor of the Marquis.

A while ago, Knights of Deling jumped Roy and were beaten half-dead so they couldn’t move for several months.

“Why do these filthy bastards that attack in groups have so much to say? Is it still a proper knight if it jumps a single opponent with numbers?”

The aide couldn’t adapt to the Crown Prince spitting out the vulgar jargon of the common people every time it happened.

The aide controlled his expression and continued speaking.

“It is not the duel itself they have an issue with, but Sir Krotin’s remarks.”

“I’m sure what they want to deal with isn’t Sir Krotin.”

Marquis of DeLing was one of the representative figures of the opposition against the Crown Prince. If opposing side could use this matter to remove the Knight Krotin from the Crown Prince’s side, there were many things to gain from it.

Kwiz turned his gaze to Roy standing next to him.

Even though Roy obviously knew they were talking about him, his expression didn’t change as if he wasn’t hearing anything. Sometimes, the aide felt the desire to beat up Roy’s brazen face.

“Sir Krotin. Don’t say anything after beating those knights. Good going there. It isn’t like you killed them yet those jumping bastards have the nerve. But, why did you say that?” (Kwiz)

“It says you called the knights, the dogs of the Marquis.”

“I didn’t say that. I said dogs licking their master’s feet.”

“That is virtually the same thing. Isn’t that why the Knight of the DeLing Marquis jumped you? Saying you insulted the Marquis.”

“I don’t know why that is insulting. I simply spoke the truth. A Knight is their master’s dog. Like a dog, all one has to do is wag their tail to their master and listen nicely. I only said my mind since they were going around picking fights with uninvolved people.”

Not only the Crown Prince, but everyone around was taken aback.

“A knight is their master’s dog? Does Sir Krotin think so of yourself?” (Kwiz)

Kwiz burst out laughing. He grabbed his stomach and smacked the table as he laughed. However the expression of the other escorting knights besides Roy were distorted and they fixed Roy with murderous gazes.

After laughing till tears came to his eyes, Kwiz took a while to calm down then he spoke to his aide.

“Did you hear that? Write it well that Sir Krotin did not insult any Knight and send back the letter of complaint.”

Without doubt, the damn man was a lunatic. No, he was a mad dog? The aide made up his mind to never mess around with Knight Krotin if possible. After all, one avoids shit because it’s dirty. (1)

“I envy the Duke of Taran. To have such a loyal knight.”

Kwiz glanced over his knights with a meaningful gaze. The knights who met his gaze for a moment turned their gaze to empty air.

“But the Duke of Taran has confined himself to the north with no thoughts of coming up to the capital. I thought even if it was the Duchess, one would at least come once.”

It was nearly a year since the Duke got married and two months had passed since the New Year began. He was fascinated by how the princess who lived in palace was enduring so well in the north.

He thought she would be unable to tolerate the frustration and even if alone, she would drop by the capital. Through the description of the people who had seen Princess Vivian directly, he knew the princess was far from being a lady of unsurpassed beauty. Even so, he couldn’t shake off his doubt as to whether that rumor was true or not.

‘Is she so beautiful that the Duke is hiding her tightly? Or is it just preference? But looking at his past history with women, something’s totally different.’

Kwiz found very little success in digging into Princess Vivian. He learnt the Princess went out of the palace pretending to be a maid but as it cost more time and money to keep digging even further, he simply gave up.

If it was an enemy, he would look into every nook and cranny but there was no need to do so for someone on his side. In any case, they would meet when once she came up to the capital.

‘Acting as a maid to go out. You do quite the interesting things.’

Kwiz held a favorable impression towards this younger sister of his he never knew existed.

In the capital where incidents happened without pause, Fabian was working hard today as usual. Today, he was doing his favorite work: the task of gathering the rumors circulating in the capital.

“Hoh, this is new. There’s a summoning circle to raise the devil under the Taran Duke’s castle?”

Fabian snickered and wrote down all the unfiltered rumors in his report to the Duke. Fabian also studied the report from his men. As he looked through the report, his expression stiffened. The report was from his men planted around the female novelist.

As she was the only acquaintance to the princess who became the Duchess, Fabian ordered his men to check up on Norman regularly. This was because someone who chanced upon her relationship with the Duchess might choose to approach her and cause her harm. On the other hand, he was also able to use this to confirm that the female novelist was tight-lipped about the Duchess. So, in a way, it was a form of surveillance and protection.

“Why did the Countess of Falcon go there? And not just once or twice.”

According to the report, the Countess’ purpose for visiting the female novelist was because she was a fan of her novel.

‘I don’t think that’s the only reason though…’

Fabian’s sharp sense was telling him so.

‘Anyhow, she’s a really difficult one.’

Since a long time ago, the Countess always left a bad taste in his mouth. The fact that he disliked her ominous past history of marrying three times with all 3 husbands currently dead, was just secondary. Sometimes one happens to dislike a person for no reason. To Fabian, the Countess of Falcon was such a person.

There was the option of observing the situation over time but Fabian decided to file it in his report. The biggest reason for Fabian’s capability was his speedy situational judgements. He judged that he should not carelessly disregard news related to the Duchess.

At this point, he now knew that that the Duke was not playing newly-wed. For the Duke to share a bed with one woman for over 10 months? It was unprecedented. The Duke was not a womanizer. This was how Fabian saw it. The Duke simply satisfied his instinctive desires. He never had the slightest emotional exchanges with women.

Just the thought that such a Duke would possibly be settling down with a woman made Fabian feel like he’d glimpsed into the mysteries of life.

Support on Patreon for advance chapters.

Get releases in advance!

2 chapters per week for [YGTWHV]

YOU CAN BUY ME A CUP OF COFFEE

If you want to support but don’t like patreon, this is an alternative :) 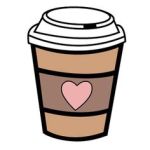